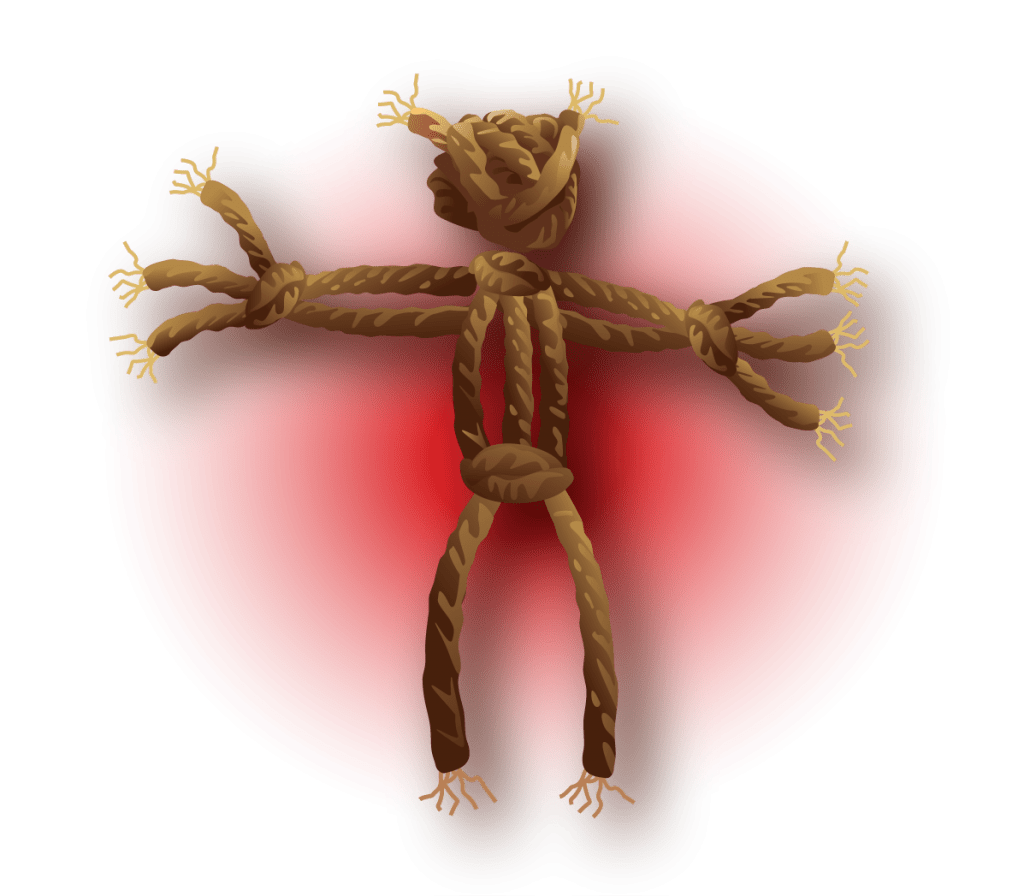 Arthur Miller’s unsettling, canonical play The Crucible hasn’t lost its relevance. Based on the Salem witch trials, the 1953 work was written as an allegory for McCarthyism and the ostracism of accused communists. (Miller was hauled before the House Un-American Activities Committee in 1956.) There are political witch-hunts in every era—it’s a favorite tool of totalitarians—so The Crucible resonates today as deeply as ever.

The story is a parable of good and evil, in which bigoted men and women in 17th century Salem, MA used the cry of “witch” to destroy those they hated or envied. The town of Salem has been seized by a wave of hysteria. The slave, Tituba, is accused by the wily and pretty Abigail, who uses the situation to attempt to destroy the community. When the witch trial begins under the administration of the terrifying zealot, Judge Danforth, Abigail accuses Elizabeth, the wife of John Proctor, of witchcraft. Abigail hopes thereby to get Elizabeth out of the way and regain John’s affection. John remains loyal to his wife, however, even admitting in court to his adultery with Abigail in order to expose her fraud. He is not believed and is arrested. John Proctor, along with Tituba and other innocents, is condemned to the gallows. In a blaze of courage at the opera’s end, John refuses to sign the false confession that would free him.

Reverend Parris is seen kneeling distraught at the bed of his daughter Betty. She’s been laying immobile since Parris came upon her and her cousin Abigail dancing in the woods the night before. Abigail enters to say that the town is whispering of witchcraft and that Parris should go out to make a denial. He questions her about her dancing, and about her dismissal from her job in the service of the Proctors. She denies any wrongdoing and attributes her dismissal to Mrs. Proctor’s arrogant desire for a slave. The Putnams enter to tell that their daughter Ruth was stricken by the same illness, and they have sent for the Reverend Hale, who is skillful in discovering witches.

Parris is not happy with this since he doesn’t want any suspicion of witchcraft in his household and worries about his stance with the faithful. Rebecca and Francis Nurse enter with Giles Corey. Rebecca tries to dismiss the girls’ condition as benign. Putnam insists that witches are at work in Salem, but Giles accuses him of using a witch scare to defraud his neighbors of their land. John Proctor’s entrance increases the quarrel. Abigail reacts with excitement to Proctor’s entrance. Rebecca again tries to calm matters down and reprimands the men for arguing in a house of illness. Giles departs with John.

They sing a psalm to ask for God’s help. Betty begins to writhe on the bed and issues an unearthly shriek, tries to fly out a window, they rush to contain her. Reverend Hale arrives. He starts his inquiry and learns that Tituba, the Caribbean slave, has played a role in what is happening, having been present at the dancing. Ann Putnam asserts that Tituba knows conjuring. Tituba is sent for. Hale questions Abigail. When Tituba arrives, Abigail accuses her of compacting with the Devil. Overwhelmed, Tituba confesses that she’s been visited by the Devil but denies that he was successful in getting her to engage in any wrongdoing, although he did impact on her the power to do them harm, basically by slashing their throats, which she refused to do. With Tituba’s confession, the spell over Betsy is broken. All rejoice and thank God with a psalm, while Abigail says she repents her own contract with the devil, asks for forgiveness, and says she will help by pointing out to other members of the Devil’s crew.

John Proctor returns home from work to find his wife Elizabeth listless and moody. She is jealous of Abigail who is her husband’s former mistress, and wants John to denounce Abby to Judge Danforth as fraudulent in her accusations against villagers, which have been the cause for people to be arrested. He is reluctant to do so, which makes Elizabeth suspect that he is still in love with Abby. John defends himself by saying that if he acts against her, she will make their affair public, which will disgrace him. He is weary of Elizabeth’s nagging and condemnations of him. She regrets the vanished sweetness of their love. Marry Warren enters furtively from her day at court as one of Abby’s witchfinders. She tears up and says that the number of those arrested has tripled and Goody Osburn has been condemned to hang. She regrets her participation in this but says that the mob environment in the courtroom makes her act impulsively. When John threatens to whip her if she returns to court, she reveals that Elizabeth Proctor has been accused herself. Elizabeth correctly guesses that Abigail is behind it, trying to get rid of her to have access to John again, and she urges John to do something. Too late: people knock in the door, it’s Reverend Hale and John Cheever with a warrant for her arrest, due to Abby’s accusation that Elizabeth employed a witch’s puppet that she pierced with a needle, in an attempt to kill her. Mary acknowledges that the puppet is hers and says that Elizabeth is innocent, but Hale feels that he must still arrest Elizabeth for examination, and expresses confidence that if she is innocent, she won’t have anything to fear. John is about to prevent them from taking his wife but is convinced to stay put. He turns to Mary and urges her to testify in his wife’s favor, even though this would likely lead Abby to accuse him of adultery – he’d lose his good name but would save his wife.

Sc. 1 – Abigail meets John and tries to convince him to side with her in order to purify the town from the evil influences. He rejects her and urges her to confess about her fraudulent accusations – instead, she threatens him that any dire fate that descends on Elizabeth will be his doing.

Sc. 2 – Judge Danforth’s invocation in court reveals his conviction that God is working through him to cleanse the town from a plague of witches. Giles Corey accuses Thomas Putnam of accusing neighbors so that he takes over their lands. However Corey refuses to name the witnesses to that, and the judge sends him to jail. Giles tries to assault Putnam. John Proctor presents Mary Warren’s deposition that the whole story started as a girls’ game and is a complete pretense, but Abby has continued the game in an attempt to dispose of Elizabeth, due to his affair with Abby which he publicly confesses. The judge is willing to believe him but wants Elizabeth to confirm it since she has a reputation of being incapable of lying. However when Elizabeth is brought in and not knowing that her husband has confessed, she thinks that she must save him by denying the adultery accusation – which then lands both in trouble. Too late, John tells his wife that he has already confessed, to her despair. Abigail seizes the opportunity to accuse Mary Warren of being a witch. Mary, turning hysterical, tries to save herself by accusing John of being the Devil’s man who tried to make her confuse the court. All rejoice at John’s disgrace.

Tituba and Sarah Good are seen in prison, and crazed by the rigors they’ve endured, they sing of the Devil and his broken promises to them. Abigail comes in and says she has bribed the jailor to permit Proctor to escape. John refuses to escape and rejects her. She runs off weeping.

Hale and Parris try to persuade Judge Danforth to postpone the executions of Proctor and Rebecca Nurse, afraid that the citizens will rebel against the execution of such respected citizens. Danforth refuses, but agrees that if Elizabeth convinces her husband to confess and repent, he’ll set him free.

John is brought in and left alone with Elizabeth, who tells him that Giles Corey has died under torture for refusing to respond to his accusers. She tells him that those who have confessed have been pardoned. He says he’d do it but is afraid that she will see him as a liar. She says that her own lie is what landed them in trouble. He agrees to falsely confessing to the charge of witchcraft.

Danforth, Hale, and Parris rejoice with Johns’ decision, and Parries tries to persuade Rebecca to do the same. She refuses to lie. John is asked to sign his confession so that it is exhibited around town. But this is too much for him and he refuses. He tears up the document. In fury Danforth orders John and Rebecca to be led out to execution. Hale pleads with Elizabeth to try again to persuade John. She refuses, saying “he has found his name and his goodness now – God forbid I take it from him.” Curtain.