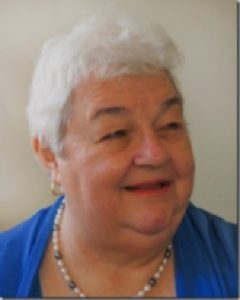 Nancy J. Preis joined the staff of Opera in the Ozarks in 2015 as General Director.  She has had a varied career in both academia and business, having served as chief financial officer and marketing head for St. Petersburg Opera in Florida.

She was an associate professor at the Graduate School of Business of Columbia University in New York City. She was subsequently a vice president of Kleinwort Benson N.A., a British merchant banking company where she was part of a leveraged buyout team and specialized in middle market investment analysis. She moved to Florida to take over the management of a small electric motor company.

Through acquisitions, she put together a group of specialty manufacturing companies in the transportation, industrial, medical and military industries.

She has served on multiple boards of not for profit organizations, including The Florida Orchestra, St. Petersburg Opera, Sunken Gardens Forever Foundation, the Elsie and Harry Baumker Charitable Foundation, and Bayfront Hospital Foundation.

She holds a PhD in Business from the University of Michigan. 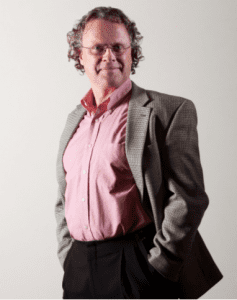 Thomas Cockrell was appointed artistic director of Opera in the Ozarks in October 2010 after having previously served as the company’s music director for the 2003 – 2005 seasons. Under his leadership the company has mounted bold productions, incorporating projections and novel productions of standard works. In recent seasons, several operas have been performed for the first time on the Inspiration Point stage.

Cockrell’s professional opera credits include venues such as Opera Theatre of the Rockies, Dayton Opera, Opera Colorado Artist Center, and Washington, D.C.’s Summer Opera Theatre. For the Spoleto festivals in Italy and South Carolina he has conducted symphonic, chamber and contemporary music concerts while serving as assistant to the music director.

He has served as associate conductor for Cincinnati Opera, Opera Colorado, and the Colorado Symphony. Equally committed to the symphonic repertoire, he has conducted the professional symphony orchestras of Dallas, Cincinnati, Phoenix, Tucson, Louisville and Boulder, as well as several in Italy, Romania, Mexico and South Korea.

A dedicated educator and mentor, Cockrell is in demand as a teacher of emerging conductors, and has served as conductor of the Phoenix Youth Symphony and Denver Young Artists Orchestra and on the conducting faculty of the Interlochen Center for the Arts. He has conducted Mexico City’s Orquesta Juvenil Carlos Chávez and recently was a guest professor at the Universidad Nacional Autónoma de México, where he coached opera students, conductors and led the Orquesta Stanislau Mejía in concert.

He is one of the last students of the legendary Franco Ferrara with whom he studied in Rome while serving as a founding director of La Camerata Operistica Romana. He holds conducting diplomas from L’Accademia Chigiana in Siena, Italy, and the Conservatoire Américain in Fontainebleau, France. He subsequently pursued further studies at Aspen and Tanglewood.

Opera in the Ozarks has been affiliated with the National Federation of Music Clubs (NFMC) almost since its beginning.  The governing board was created to include two members from each of the sponsoring states: Arkansas, Kansas, Missouri, Texas and Oklahoma, with additional members-at-large.