BUY TICKETS FOR OPERA IN THE OZARKS 2017 SEASON! 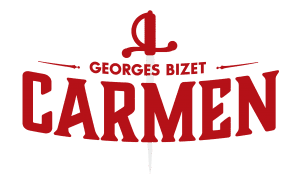 Carmen: A Masterpiece for the Ages
by Don Dagenais

It is one of the paradoxes of musical history that the shy, bespectacled Frenchman Georges Bizet was creator of Carmen , the story of the sensuous and tempestuous gypsy woman whose life, full of crime and violence, ends in one of the most dramatic of all stage murders. But such are the curiosities of art.

Bizet was born in 1838 and, after showing prodigious musical talent at a tender age, entered the famed Paris Conservatoire when only nine. His teachers there included the grand opera masters Charles Gounod and Fromental Halévy (whose daughter Bizet later married), and upon his graduation he won France’s coveted Prix de Rome.

From the beginning Bizet proved himself a master at invoking mood in music. His earlier operas The Pearl Fishers and Djamileh both brimmed with Oriental color, and with his famous L’Arlesienne suites he captured the spirit of Provencal. This talent found its fnal and most inspired outlet in the Spanish backdrop for Carmen. Something about the Spanish gypsies entranced Bizet, like many of his contemporaries.At his request his librettists, the famed pair of Henri Meilhac and Ludovic Halévy (Fromental Halévy’s nephew) based their Carmen upon the popular novelette of the same name by Prosper Mérimée, originally published in 1845. 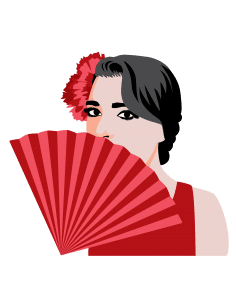 In adapting Mérimée’s novel for the stage, Meilhac and Halévy made numerous changes. In the novel the soldier Don José, the victim of Carmen ’s passion, is no reputable fellow: he has already killed two men as the action begins. For the opera he became an innocent, more sympathetic character, whose downfall is thus more tragic. The librettists introduced into the action the young girl Micaela, an entirely new figure, whose sweet and gentle nature oﬀers a stark contrast to the amoral Carmen.

Finally, the librettists combined a number of Carmen’s lovers in the novel into the one dashing fgure of Escamillo the toreador, a powerful rival who steals Carmen from Don José. Despite these transformations the directors of the Opera Comique, where Carmen was to be performed, begged the opera’s creators to soften its tone. This, after all, was a theater

for respectable citizens. In particular the directors were opposed to the death scene. On the stage of the venerable Opéra Comique such a thing had never been seen.

Bizet and his librettists persisted, however, even after one director resigned in protest. They staged the opera in 1875, and the conclusion was met with shocked silence. The reviewers, sensing blood, were devastating in their critiques. Bizet, succumbing to illness, died at home only a few months later, during the twenty-third performance of Carmen. The legend that he died of a broken heart over the failure of his fnest work is morbidly appealing, but in fact untrue. Carmen ran for 37 performances its frst season and 15 the next, then achieved great success at other European houses.

Public clamor led to its return to Paris in 1883, and it was received with accolades and his been a repertory s

tandard ever since. Musically, as well as dramatically, Carmen is one of the richest of operas. Each measure is a gem, full of inspiration. There are no wasted moments – even the minor characters have delicious music to sing – and each figure is carefully portrayed.

As Carmen swept away all opposition with its universal popularity, many other great composers came to admire it. Tchaikovsky said that it was “one of those rare creations which expresses the eﬀorts of a whole musical epoch.” Richard Strauss advised young composers that if they wished to learn orchestration, “don’t study Wagner’s scores, study the score of Carmen ….what wonderful economy, and how every note and every rest is in its proper place.”

Johannes Brahms went to hear Carmen twenty times, and remarked that he would have gone to the ends of the earth to embrace Bizet. Even Richard Wagner, usually no great admirer of others, exclaimed after hearing Carmen, “Here, thank God, at least for a change is someone with ideas in his head!”

Had he lived longer, Bizet might have written even more masterpieces. He could never have won greater fame, however, than that which is his through Carmen, justifably one of the most acclaimed of all works for the lyric theater.

BUY TICKETS FOR OPERA IN THE OZARKS 2017 SEASON!