Orpheus In The Underworld 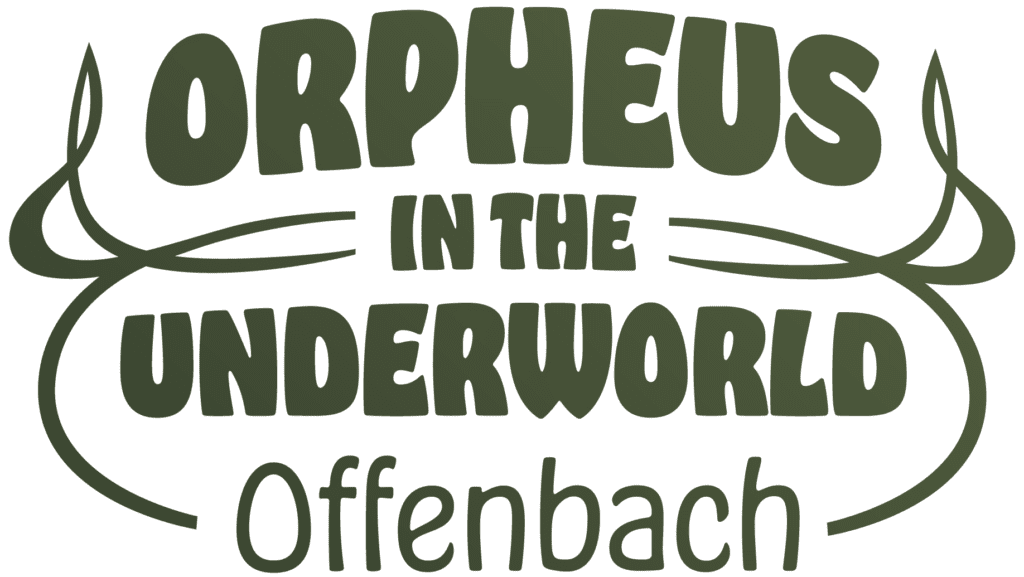 After the brief overture the curtain rises on a pastoral scene in the countryside around the ancient Greek city of Thebes. Eurydice enters and sings of the shepherd boy Aristaeus, with whom she is having an affair. Eurydice is busy decorating Aristaeus’ cottage when her husband, Orpheus, appears. He demands to know what Eurydice is doing. She tells him she loves Aristaeus and adds that she cannot stand Orpheus’ fiddle-scraping. In revenge, Orpheus starts to play his latest 75-minute concerto and completely ignores his wife’s pleas for him to stop.

Orpheus would love to relinquish Eurydice to Aristaeus, but Public Opinion would not allow it. Instead, Orpheus decides to get rid of Aristaeus and tells Eurydice of the nasty surprise which he has left in the shepherd’s cornfield. When Aristaeus appears, Eurydice tries to stop him entering the cornfield, but he ignores her. Eurydice follows him, but suffers a snake bite. Suddenly, Aristaeus turns into his real self: Pluto, Lord of Hades. Eurydice falls, dying, into Aristaeus’ arms. Eurydice dies but Pluto brings her briefly back to life so she can leave a farewell note for Orpheus. That done, Pluto takes her down to his underworld realm.

Orpheus finds Eurydice’s note and, after his initial surprise, realises how pleased he is to be rid of his wife. His joy is short-lived. Public Opinion enters and demands that Orpheus go down to Hades to get Eurydice hack. Orpheus protests but, mindful of his professional reputation, he grudgingly agrees.

The scene changes to Mount Olympus where the god Morpheus (Dr Morpheus) is scattering poppies to induce the gods to sleep. Venus, Cupid and Mars, however, have been up all night. They return home, decidedly worn out. Soon afterwards, Mercury, messenger of the gods, arrives. The young, swaggering god, ordered by Jupiter to investigate the disappearance of Eurydice, comes breezing on to Mount Olympus to tell of his findings.

Orpheus enters together with Public Opinion, who wants to ensure that Orpheus does the honourable thing, that is, ask Jupiter to restore his wife to him. Pluto, of course, has lied to Jupiter about the location of Eurydice, whom he is keeping in his boudoir in Hades. She is guarded by John Styx. Styx was the King of Beotia. Now reduced to being Pluto’s gaoler, he tries to entertain Eurydice with an account of his royal past.

When Orpheus and the gods arrive, Styx locks Eurydice in a back room. As there is no sign of her, Jupiter puts the abduction question before a tribunal. What he really wants, though, is to have Eurydice for himself and, to that end, he enlists the help of his young son, Cupid. Eurydice is located by Cupid’s love police. Jupiter then turns himself into a fly to get past the keyhole of the locked door. Eurydice loves the fly. Jupiter reveals himself and invites Eurydice to meet him at a party on Mount Olympus.

Eurydice attends disguised as a bacchante, a follower of Bacchus, god of wine, but Pluto realises who she is and blocks Jupiter’s path when Jupiter tries to make off with her. Jupiter again accuses Pluto of abducting Eurydice. When Orpheus and Public Opinion appear, Jupiter tells Orpheus he can take his wife away, but only if he does not look back at her as they go. When Orpheus fails this test, Pluto claims Eurydice. Jupiter, however, takes her away from Pluto by announcing that he is turning her into a real bacchante. Everyone, except Pluto and Public Opinion, is delighted and the operetta climaxes with the energetic Can-Can, danced by all the gods and goddesses.