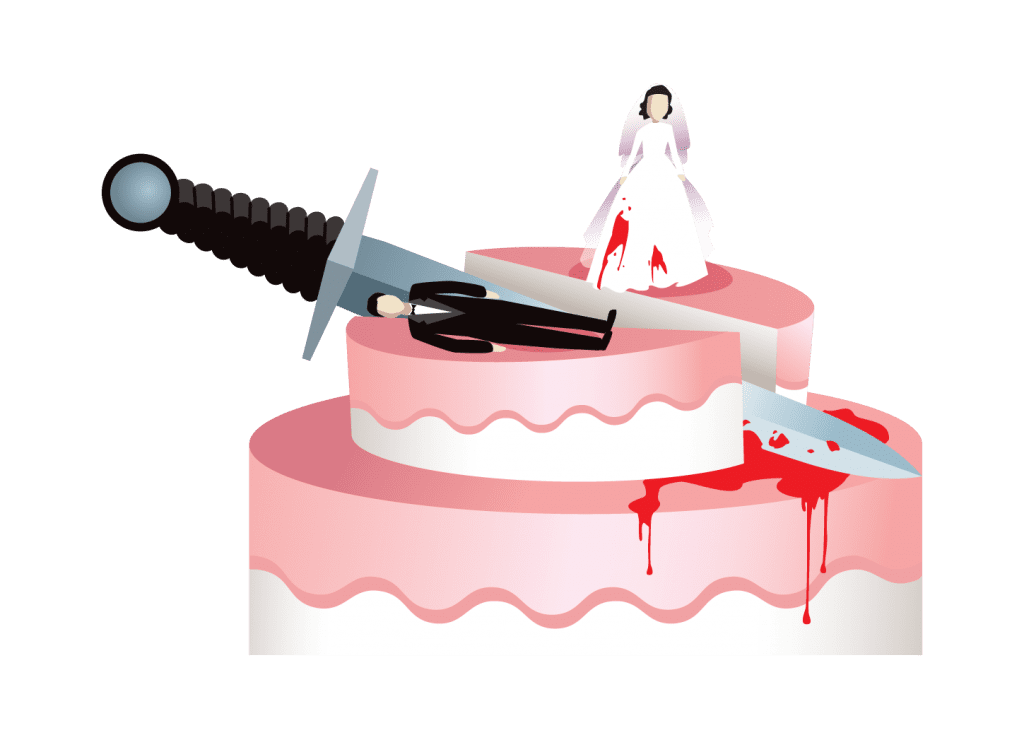 Based on a novel by Sir Walter Scott, Lucia di Lammermoor is one of the great doomed love stories. The lovers die, but not before engaging in beautiful music and one of opera’s best mad scenes.

Lucia and Edgardo are members of feuding families in Scotland, so of course, they are secretly in love. Enrico, Lucia’s brother is broke and needs Lucia to marry money. He forces her to marry Arturo by saying that Edgardo has betrayed her and married someone else. Lucia is crushed and starts to lose her sanity. Edgardo bursts in on Lucia’s wedding to Arturo and curses her for betraying him. In her despair, Lucia kills Arturo in their wedding bed and then imagines herself going to heaven as she dies. As her coffin is carried past him, Edgardo kills himself to be with her in heaven.

Sung in Italian with English supertitles

Scotland, mid-19th century. An intruder has been spotted at night on the grounds of Lammermoor Castle, home of Enrico Ashton. Normanno, the captain of the guard, sends Enrico’s men off in search of the stranger. Enrico arrives, troubled. His family’s fortunes are in danger, and only the arranged marriage of his sister, Lucia, with Lord Arturo can save them. The chaplain Raimondo, Lucia’s tutor, reminds Enrico that the girl is still mourning the death of her mother. But Normanno reveals that Lucia is concealing a great love for Edgardo di Ravenswood, leader of the Ashtons’ political enemies. Enrico is furious and swears vengeance. The men return and explain that they have seen and identified the intruder as Edgardo. Enrico’s fury increases.

Just before dawn at a fountain in the woods nearby, Lucia and her companion Alisa are waiting for Edgardo. Lucia relates that, at the fountain, she has seen the ghost of a girl who was stabbed by her jealous lover. Alisa urges her to leave Edgardo, but Lucia insists that her love for Edgardo brings her great joy and may overcome all. Edgardo arrives and explains that he must go to France on a political mission. Before he leaves he wants to make peace with Enrico. Lucia, however, asks Edgardo to keep their love a secret. Edgardo agrees, and they exchange rings and vows of devotion.

It is some months later, on the day that Lucia is to marry Arturo. Normanno assures Enrico that he has successfully intercepted all correspondence between the lovers and has in addition procured a forged letter, supposedly from Edgardo, that indicates he is involved with another woman. As the captain goes off to welcome the groom, Lucia enters, continuing to defy her brother. Enrico shows her the forged letter. Lucia is heartbroken, but Enrico insists that she marry Arturo to save the family. He leaves, and Raimondo, convinced no hope remains for Lucia’s love, reminds her of her late mother and urges her to do a sister’s duty. She finally agrees.

As the wedding guests arrive in the Great Hall, Enrico explains to Arturo that Lucia is still in a state of melancholy because of her mother’s death. The girl enters and reluctantly signs the marriage contract. Suddenly Edgardo bursts in, claiming his bride. The entire company is overcome by shock. Arturo and Enrico order Edgardo to leave, but he insists that he and Lucia are engaged. When Raimondo shows him the contract with Lucia’s signature, Edgardo curses her and tears his ring from her finger before finally leaving in despair and rage.

Enrico visits Edgardo at his dilapidated home and taunts him with the news that Lucia and Arturo have just been married. The two men agree to meet at dawn by the tombs of the Ravenswoods for a duel.

Back at Lammermoor, Raimondo interrupts the wedding festivities with the news that Lucia has gone mad and killed Arturo. Lucia enters, covered in blood. Moving between tenderness, joy, and terror, she recalls her meetings with Edgardo and imagines she is with him on their wedding night. She vows she will never be happy in heaven without her lover and that she will see him there. When Enrico returns, he is enraged at Lucia’s behavior but soon realizes that she has lost her senses. After a confused and violent exchange with her brother, Lucia collapses.

In the graveyard, Edgardo laments that he has to live without Lucia and awaits his duel with Enrico, which he hopes will end his own life. Guests coming from Lammermoor Castle tell him that the dying Lucia has called his name. As he is about to rush to her, Raimondo announces that she has died. Determined to join Lucia in heaven, Edgardo stabs himself.